Last year I decided in addition to my amazing ErgoDox EZ to look for a 75% layout keyboard (think a more minimal version of ten-keyless).

After wasting far too much time on r/MechanicalKeyboards the Glorious GMMK PRO hit my radar. Short for Glorious Modular Mechanical Keyboard, the pro version cuts the previous full sized keyboard version down to a 75% design with a digital rotary dial. 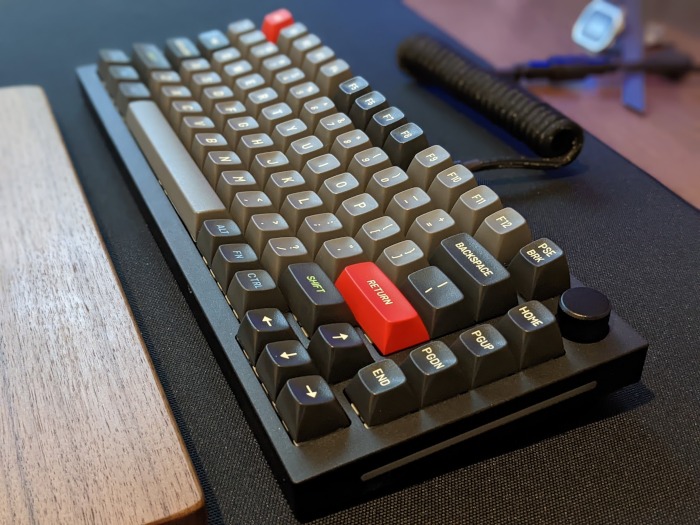 Unlike a normie keeb that is fully assembled out-of-the-box, the GMMK PRO is completely modular, you start of with the barebone kit…essentially the machined case, RGB LED side strips, 5 pin modular PCB, stabilisers, gasket mounted structural plate and the aluminium case. You still need to fork out for switches, keycaps and a cable. Each component just mentioned is completely customisable and can be swapped out.

If you’re not aware of keycap profiles, you’ve probably been using cherry profiles your whole life. Time to be red pilled:

A keycap profile describes the shape of keycaps on a given row of a keyboard. The particular shape, angles, top surface, tilts, leans and so on are all on the table for customising. Keycap profile characteristics can be generally grouped based on;

The awesome keycaps.info lays the mainstream keycap profiles out side by side. 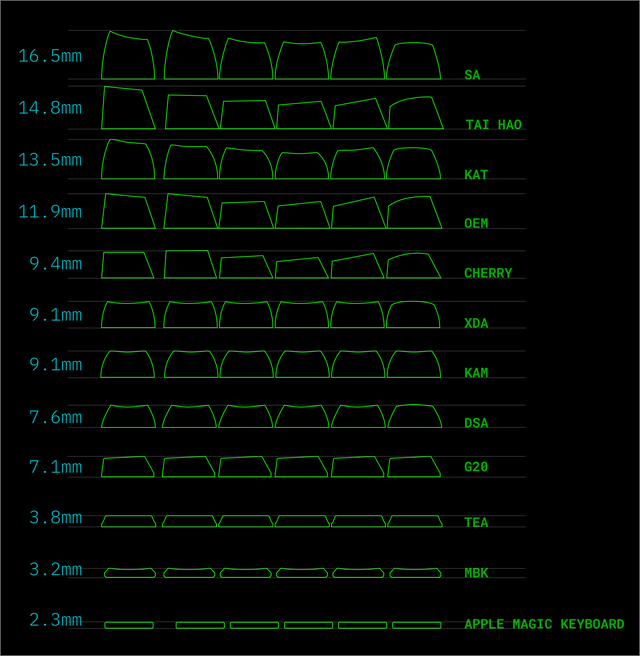 I settled on Matt3o’s MT3 Susuwatari keycap set, a beautiful sculpted high profile (like the SA profile). From its heavily slanted design to the scooped, contoured tops of each cap, the set recreates the feel of vintage keyboards. Originally called “Soot,” Susuwatari (literally “Wandering Soot”) is an homage to Matt3o’s favorite design house, Studio Ghibli, whose animated films feature fluffy little Soot sprites. Its inspired and based on the profile from the iconic IBM beamspring terminals of the 1970s.

I have settled on a combination of about 70% Kailh Box Browns and the remaining utility and function row keys running Glorious Pandas both tactile switches. 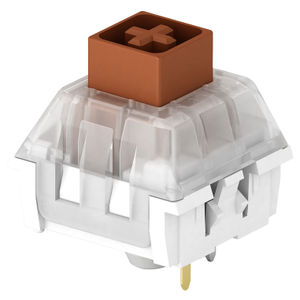 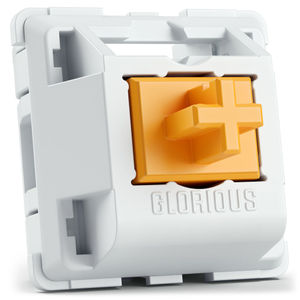 This is for real. Claimed to be one of the most effective mods to improve the feel and sound of your switches. It involves opening up each individual switch and painting the mechanical friction points with an oil and grease compound (i.e. lubricant).

I went with KRYTOX 205G0. This can burn some serious time, I ended up doing parts of the board over a week. That is, remove keycap, remove switch, dismantle switch, paint switch internals with fine brush and lube, reassemble switch, reinstall switch, reinstall keycap. 83 times! I say its worth the effort.